NRC Pistol Safety In The News

NRC Pistol Safety In The News 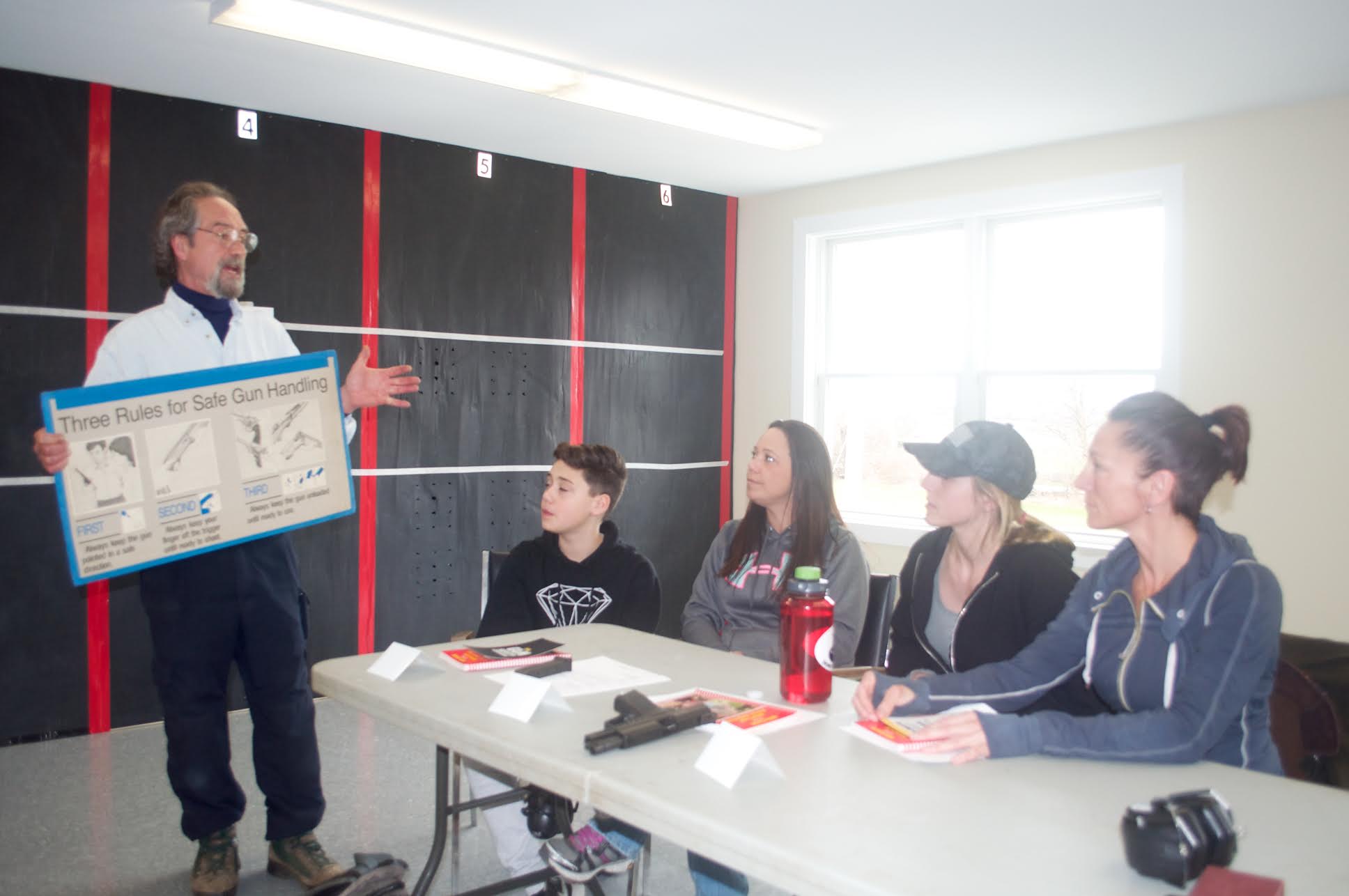 MIDDLETOWN – Newport Rifle Club’s last Basic Pistol class until October was a first. It was the first time a parent and son or daughter have taken the class at the same time. Along with five others, Samantha Bousquet and her son Seth, 13, of North Smithfield and Angela Mandia and her daughter, Taylor Brown, of Portsmouth took the all-day class recently in the club’s new combined classroom and air-rifle range.

Basic Pistol is geared toward people with little or no experience with handguns. Among other things, the hands-on instruction covers firearm and range safety, pistol and ammunition knowledge, basic marksmanship, target scoring, pistol selection, pistol cleaning, safe storage and firearms transportation laws. For safety and individualized training, each student has his or her own one-on-one instructor for the live-fire portion of the course.

Newport Rifle Club is the oldest continuously operating gun club in the US. It was founded in 1876 by W. Milton Farrow, one of the finest long-distance rifle shots in the world at the time.

The club usually has a waiting list for membership, which is capped at 700, but currently has a few openings. See Newport Rifle Club Membership for all the details.

Newport Rifle Club has a nine-port 100-yard outdoor range and an eight-port 50-foot indoor range with a HEPA filtration system for air purity. The club provides a wide range of safety, marksmanship and firearms-care training for youth and adults and offers a number of competitions within the club and throughout the state.